2019 saw the 5th instalment of the FNB Cape Town 12 One Run and our 3rd time running it. This race is traditionally our RunAversary, as this race marks the start of actively participating in races. This year we approached the race a bit different, more an LSD counting towards training for the Knysna Forest Half, than sprinting for a new PB. The One Run is also more of a relaxed, social race, although still well organised and managed.

Nothing New on Race Day!!!

My up and coming blog will focus heavily on race day prepping and how to handle the jitters. Especially with “Nothing New on Race Day.” Everything went well as per the script until the bus dropped us off at the Starting Point. We are notoriously early at races, but for the One Run the wait is more than 2 hours. So I thought: ‘It is damn cold and I am dying for a hot cappuccino, let me get one’. I still have 2 hours before we start, so I should be okay.  Yeah Right, my bowls had other ideas.

We started well enough – running a thin line between keeping to our pace and plan without getting swept up too much in the overall vibe and excitement. Turning left into Paarden Eiland and my insides decided enough is enough. For the first time in running races I had to pull off and make use of the portaloos (it is said only runners do not fear portaloos!!) Wasted nearly 10 minutes of our race time, but Brian made it sound very elegant: “No, I see it as an investment.” Which is true. It would later in the race hit me worse, or even resulted in me not finishing the race at all. I felt much better emerging but struggled with bad cramps for the remainder of the race. So Again, Nothing New on Race Day!!!

In general, I like the FNB One Run. It is 12km’s of flat running and good ‘gees’ provided next to the road by marimba bands, goon drummers etc. But, when you are in the middle of 14 000 runners, you do notice the little things that are highly irritating. Like, for some obscure reason, runners cannot walk straight. They run perfectly fine straight but once they stop to take a walk break, they become crabs. We ran into runners that did not know if they wanted to walk left or right. The rule is clear, keep left pass right, but then again we run like we drive in Cape Town.

#runclean – Did it really work out?

FNB One Run was highly advertised as a #runclean race. With a DHL handheld bottle in your race pack, you really had no excuse which was fantastic! No plastic sachets anywhere, but then FNB thought it was a good idea to hand out 14 000 paper cups, with 14 000 FNB Branded paper bands filled with Jelly Babies. #restinpeacejellybabies #alljellybabylivesmatter

What an absolute waste as the roads were covered with crumped paper cups and jelly babies. I hope the inner-city seagulls enjoyed their jelly baby lunch! Maybe on paper a good idea, not in reality. I, for one cannot chew while running, so a jelly baby lived in the side of my mouth for a good kilometer or two.

Runners are funny people, we do not just finish and move on.

I, however, must give kudos to the race organisers for finally realising the finish line is one of the worst designed and cramped of them all. Finishing in Bree Street in general does not give you a lot to play with but the coke stand was moved a good 300m along, so that made the finish so much less congested and easier to navigate. Runners are funny people, we do not just finish and move on. We must first catch our breath, then stand around looking for our friends, gather them all for selfies and then maybe after the photo shoot decide to move along. I try to move quicker through this part of the race than sprinting that last kilometre – mainly because I hate being caught up behind runners that just can’t move along but this is my community, one I am proud to be part of!

Next Sunday will see me running the Spar Ladies Race 2019 edition. I am particularly looking forward to that one, as we will be running along the Promenade in Sea Point. I hated the route last year in Bellville (there is a reason why I do not live on the other side of the Boerewors Curtain!)

Until then, happy & safe running! 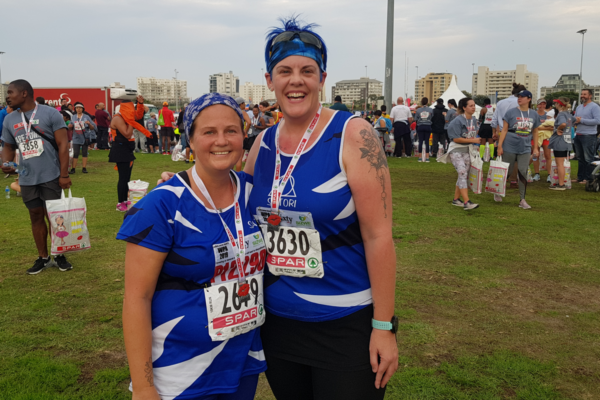 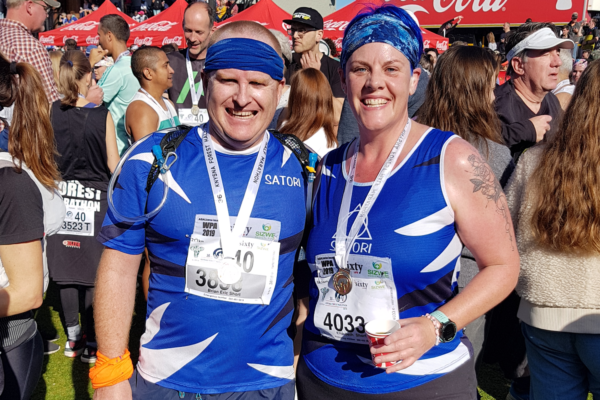 In the Tracks of Giants: Knysna Forest Half Marathon 2019 | Race Review 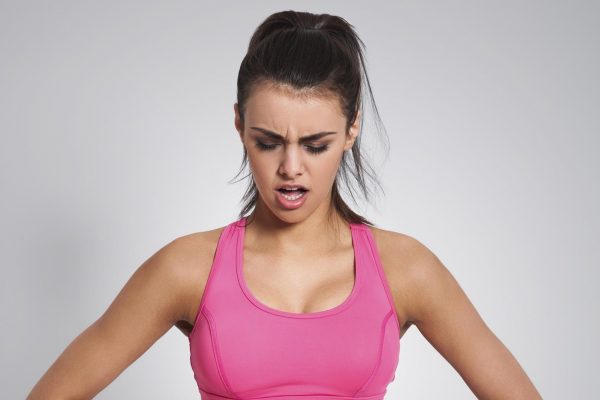 Why do I pee my pants when I run?!