I have a memory of my Dad watching the Comrades Marathon on TV in 1991.  As he was sitting with his beer on his “boep”, he said that if they could do it, so could he, which he then did in 1992. Many years later, in 2004 I decided it was something I really wanted to do and share with him. I realized that it was not going to be easy for a non-runner like me, and I really needed to pull out all the stops to be on the start line in 2005, and could not do it on my own.

I ran my first ever 21km in January.. (crazy I know).. And then there I was, on the start line of The Ultimate Human race, with my Dad, my mentor, by my side! I just kept moving, no matter how slow, one leg in front of the other. All the effort, the training, the blood (yes, there was blood when I fell during one of the races!) sweat and tears (lots and lots of tears..) of the past 6 months, all came together. Homework done, school fees paid, exam completed. This was probably one of the most emotional, proudest days of my life.

The bug bit… I ran Comrades 2007 and 2009 (down runs) with 2 friends who also wanted to be a part of the journey, training together.

I have had two beautiful daughters since then, and my life has completely changed. Running has become a part of who I am, it keeps me going. I took a 10 year gap, focusing on raising our girls.. In 2019 I pushed through, and with the support, early mornings and push of our CMIYC Roodepoort Hotties group, I managed to train well and went back to complete my first “up” run!

I started the Beginner group to grant ladies the opportunity to start from scratch. To not be judged, to not worry about “being the slowest and everyone has to wait for me” feeling, to not be excluded because they are not marathon-runners or fast enough, to get them off the couch and out of their comfort zones. To be able to guide, motivate, support, learn, to celebrate any victory, no matter how small. I was once told “If you can do it, anyone can”.. this keeps challenging me and inspiring those around me to reach the impossible.

I recently had to determine my Purpose.. and I think this sums me up perfectly: To motivate and inspire through leading by example, whilst guarding and protecting.

…The routine, hard work and discipline of running spills over into other areas of my life, setting an example to others, especially my daughters

…Time is so limited and valuable, but I am fortunate to spend it with like-minded strong women, sharing my passion for running

…It continuously teaches me to celebrate the incredible journey of ups and downs, lessons learnt, the guts and glory

…I have a tattoo of my Dad’s motto in life in his handwriting: Dig in DEEP! which helps me (and others) push through the tough runs.. just keep going, never give up, all with a smile on your beautiful face!! 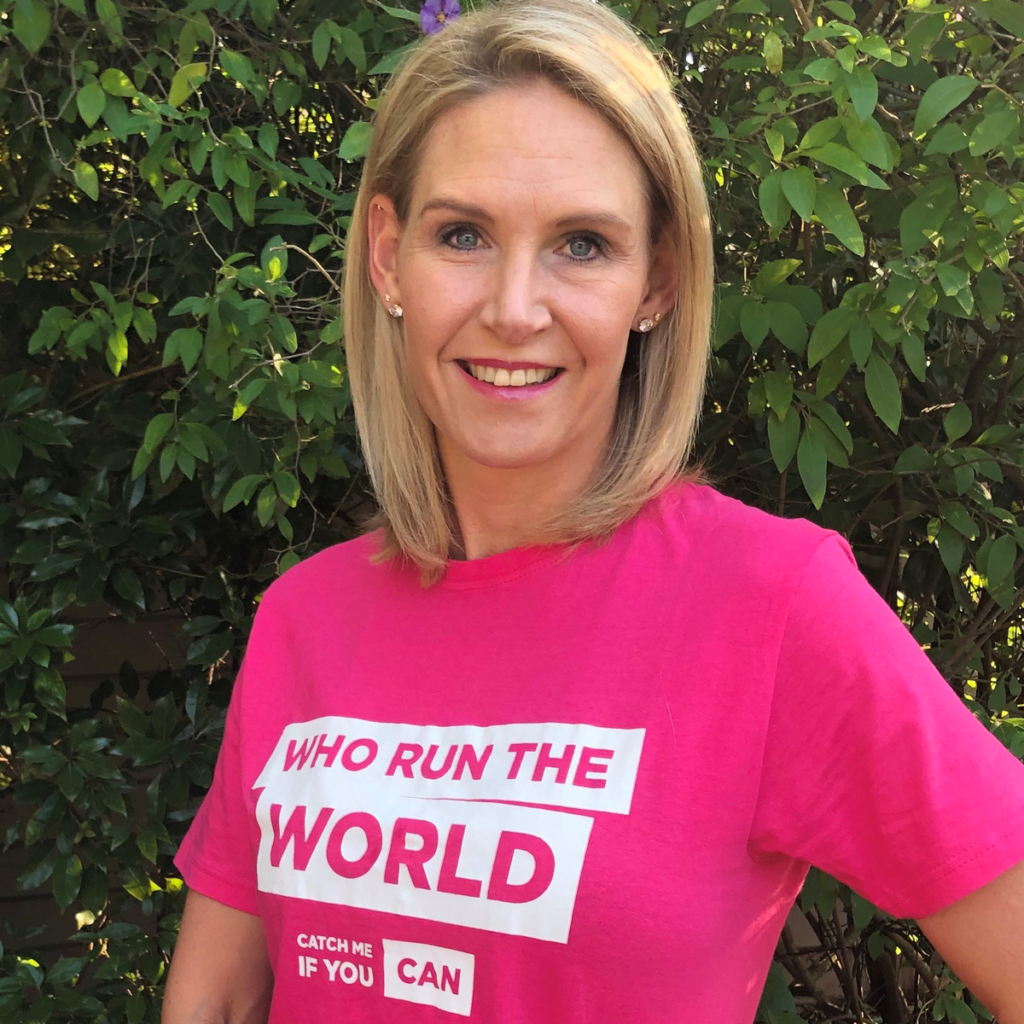