The History of Women Running

The History of Women Running 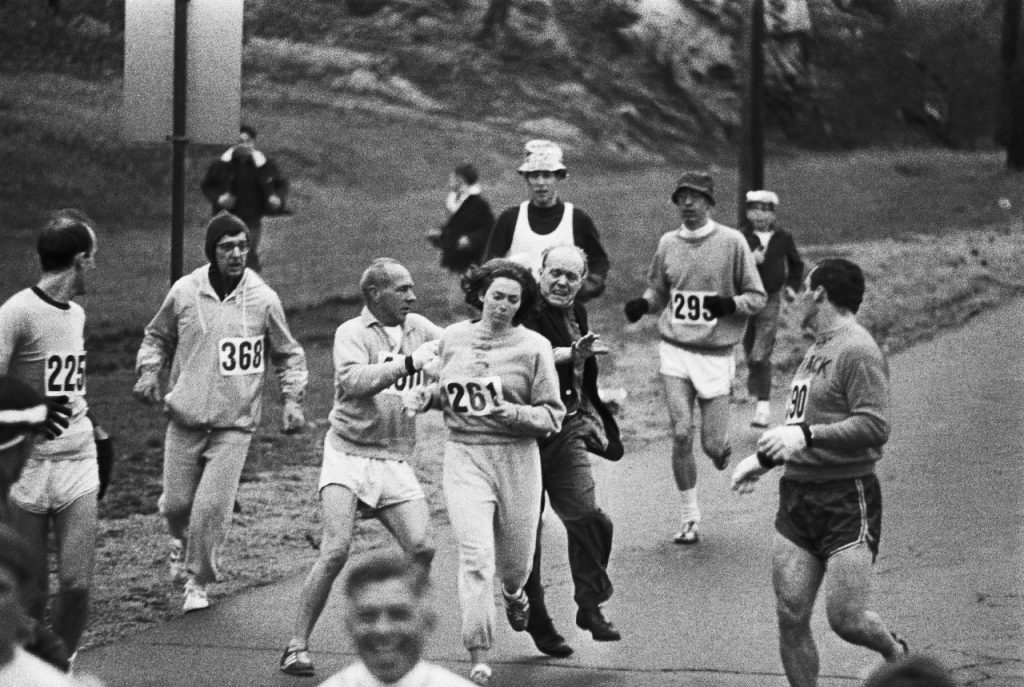 Not a long time ago, running was a sport for men only. But through historical events, the female participation in the sport grew more and more. Read about some of the remarkable moments in over 50 years of women running history that made the sport what it is today.

The first year in history that women were allowed to participate in five running events in the Summer Olympics. One of the disciplines was the women’s 800 meters which was banned since 1928. The reason was the the question whether it was too exhausting for the female gender. And women in America remain banned from official road races.

Kathrine Switzer was the first women to run the Boston Marathon and gained an official bib registered under K.V. Switzer. Still, race official Jock Semple tried to stop her while running the marathon, but was blocked by her boyfriend. She finished the race in 4:20. Afterwards she was banned by the AAU (Amateur Athletic Union).

The AAU officially allowed women to register for marathons. Yet they had to start at a separate time and even a separate starting line.

In the same year women protested against starting on a different starting line that men at New York City Marathon. All participating women sat on the starting line of the marathon.

1984 was the first year of the women’s Olympic Marathon in Los Angeles. Joan Benoit changed the history of female runners in America and became the first woman to win gold in the event.

The first time ever a female runner, Jackie Joyner-Kersee, graced the cover of Sports Illustrated. The title to the pictures said “Super Women”.

A new running boom started among women with Oprah Winfrey crossing the finish line at Marine Corps Marathon. Her effort, including losing 36 kg in that year, motivated a whole community to start running. Her example showed all women that marathons aren’t just for athletes, but for all who are willing to work hard on their body.

Molly Barker, an Ironman triathlete from Hawaii started “Girls on the run”. The goal was to help girls all over North America to gain more self-confidence through running. They trained together for a 5K. Started with 13 girls form Charlotte, today the program impacts over 130 000 girls.

Pam Reed wins the Badwater Ultramarathon. It is a 135 miles grueling course through Death Valley with barbarous temperatures at the peak at 50 degrees celsius. Not only did she beat all other women but also all men participating the ultramarathon.

A fashion year for female runner. Nicole Deboom raises a lot of attention by winning the Ironman Wisconsin while wearing a prototype of what later became a running skirt. In the same year, she founded Skirt Sports with which she changed the race outfits around the world.

Paula Radcliffe inspired mother runners all over the world by winning the New York City Marathon just 10 months after giving birth to her daughter.

Women’s Running published its first issue in January and became the first-ever women-specific magazine for female runner. It is still the largest women-specific running magazine in the world.