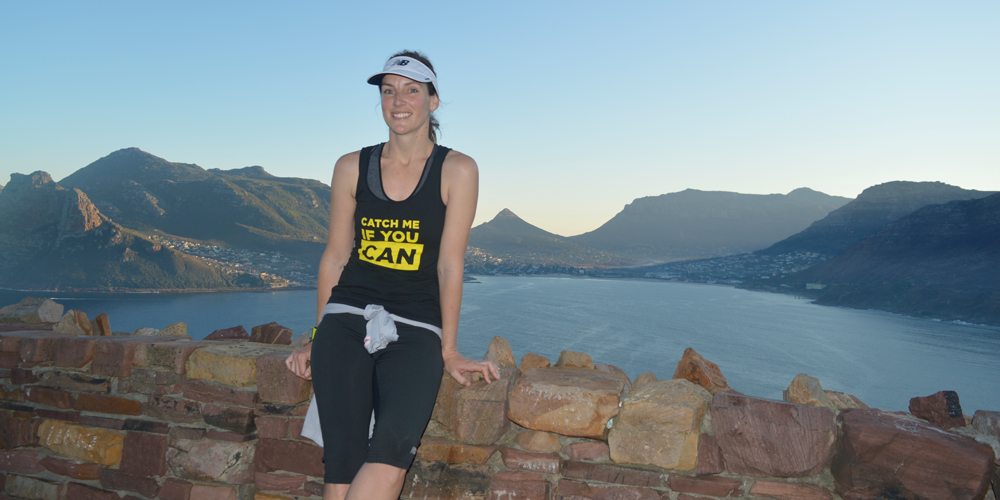 Eleanor is our CMIYC Leader in the Deep South (Kommetjie, Fish Hoek, Kalk Bay). Since April 2015, Eleanor has captured some great scenic runs in the Southern Peninsula. She also led our CMIYC Chapman´s Peak Run, which was one of the most popular CMYIC runs ever. Find more out about Eleanor´s inspirational running story in our #MeetTheLeader Interview.

In 2003 I took up running, doing a “couch to half marathon” program with 2 friends, because I needed to do some free exercise (as a broke postgraduate student) – and I have always enjoyed a specific challenge. Having 3 people really helped because even if 1 of us was sick/away/lazy, there was always someone else to run with.

Although we kept up with our program until about the point where we could do 8km runs, we never went all the way up to half marathon. But a few months later one of my running friends mentioned that she had entered the 2004 Two Oceans Half Marathon, and encouraged me to do the same. Despite not having done any running in a few months… and NEVER having run further than 8km… we managed to finish the race within the cutoff (which was 2 hours and 35 minutes in those days), and the racing and running bug had bitten properly.

3. How do you manage your passion for running and your work & (family) life?

Very difficulty! Haha, but seriously, only with some serious juggling. I work full-time, have young children, and have a husband who has his own sporting interests as well (and they are not running). So we pretty much take it in turn to have “sports pass”, and we support each other and make sure that we each get enough time. We are firm believers that healthy happy people are those who maintain their own interests, are active outdoors, and set a good example to their kids. I also get up at 5.30 am to run, which helps 🙂 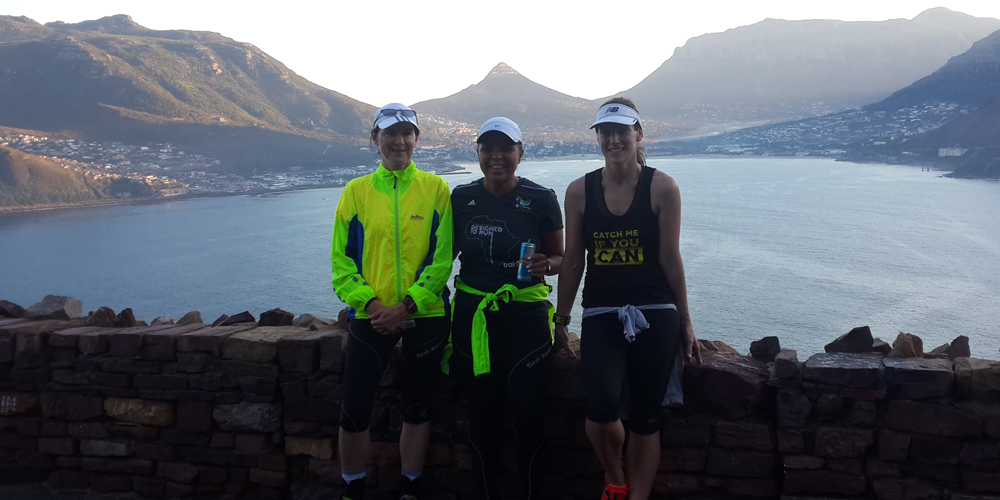 Being able to support other women, and encourage them to believe in their potential as runners (believe me, we ALL have it). And providing people with an opportunity to run with company, in safety, and with some motivation! I’m not a particularly “good” runner but am fairly experienced so I also like being able to help others and share that experience. Plus if I organize a run I am held accountable and so it helps me to get out the door regularly. Most of all I love to chat while running.

Just start. Doesn’t matter how small… jog 30 seconds and walk 5 minutes if you have to… just start! Parkrun is an excellent way to start too, as is CMIYC of course. Google a “couch to 5 km programme” and get going.

Hmm, so far it has been completing the Two Oceans Ultra Marathon in 2014, and then completing the Two Oceans Marathon 22 km Trail run and Two Oceans Half Marathon back to back (Friday and Saturday) in 2015. But in 2015 my aim was to do less long distance and to rather work on improving my times, and I have managed to take a huge amount off my personal best times – usually set when I was in my 20s – for all short and middle distances (10, 15, 21.1 and 30 km) despite being a full-time working mom in my mid-30s, so that’s a pretty big deal to me!

I love the Milkwood Half Marathon & 10 km between Kommetjie, Scarborough and Soetwater; John Korasie 30km over Red Hill and around past Cape Point; Bay to Bay 30km from Camps Bay to Hout Bay and back; and of course the Two Oceans Ultra Marathon. What a beautiful route! We are really spoilt in Cape Town with so many stunning places to run and such gorgeous race routes. I also really like the trail races around, like the Table Mountain Challenge, the Two Oceans Marathon Trail Runs, and the Hout Bay Challenge.

Recovery for me has 3 forms: 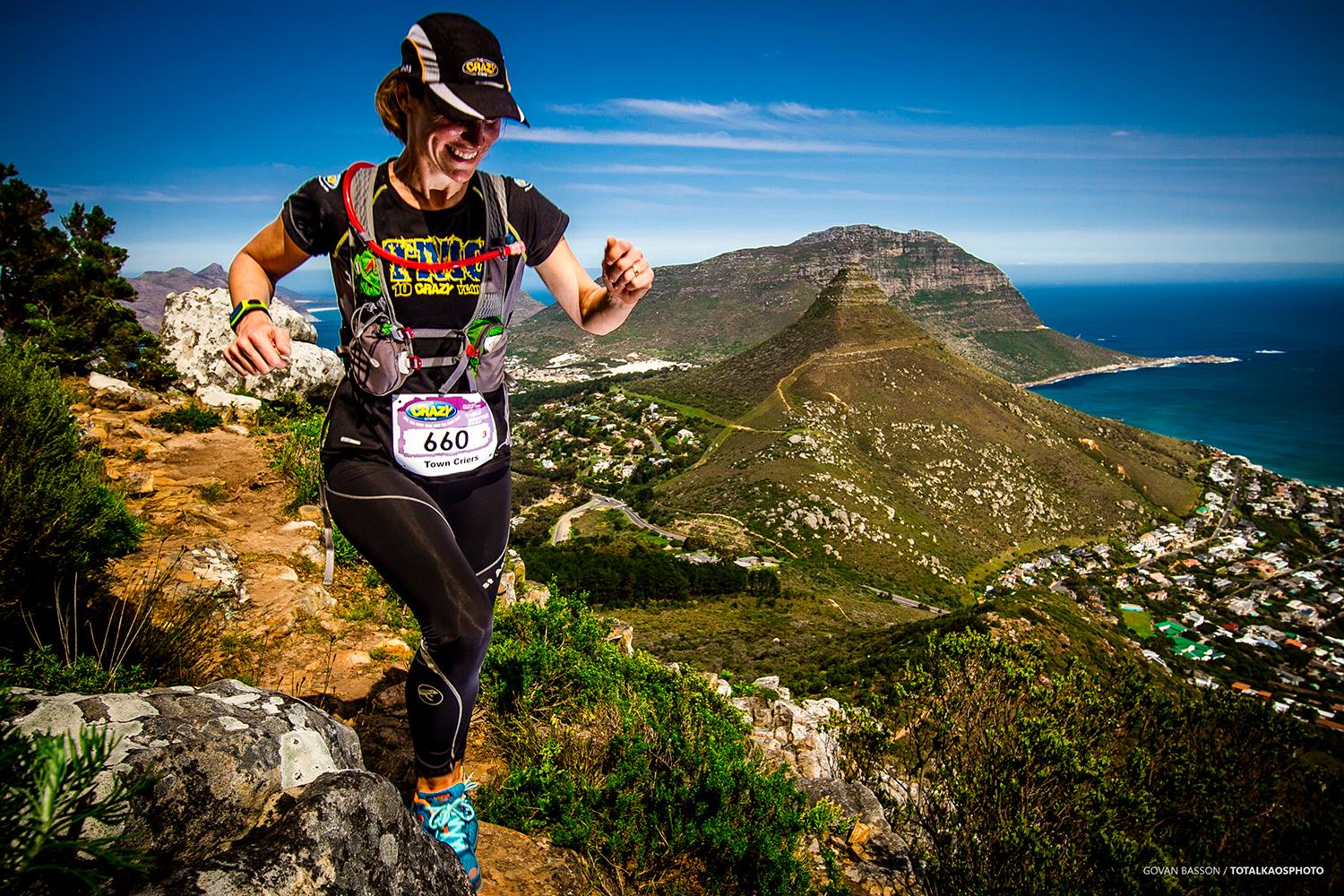 I love the fact that it’s only for women 🙂 Although I do also train with quite a few men outside of CMIYC, having the support and “safety” of a women only group is really reassuring. I love that the group has enabled women to find training partners, new routes, motivation, learn from others’ experiences, lift club to races, run in safe groups, and meet new friends. And of course, I love the accountability of having to be there 🙂

Find another great article about Eleanor on the Modern Athlete Running Magazine.

Previous Post
Interview with Sabrina, Founder of CMIYC
Next Post
“The longest I have run for is 32 hours!”